Sunday, February 2021 will be the 100th Anniversary of the Amery Woman’s Club.

In our office, on the lower level of the Amery Public Library, we have a vast trove of historical information and memories of our Club.  The minutes of the first meeting indicated “ The meeting was held at the home of Mrs. Winchester to organize a Woman’s club, twenty two ladies were present.”

Mrs. Alta Haney was elected President and a joining fee was set at fifty cents.  A motion was made that the club take up the study of Wisconsin  Government, state and local. They heard information about the Affiliated Bureau of Lyceum  Courses of Chicago and it was moved that the Club act as a sponsor of the Lyceum Courses for the following year.  Conversations started about wanting a local library!

READ THE ARTICLE HERE IN THE AMERY FREE PRESS 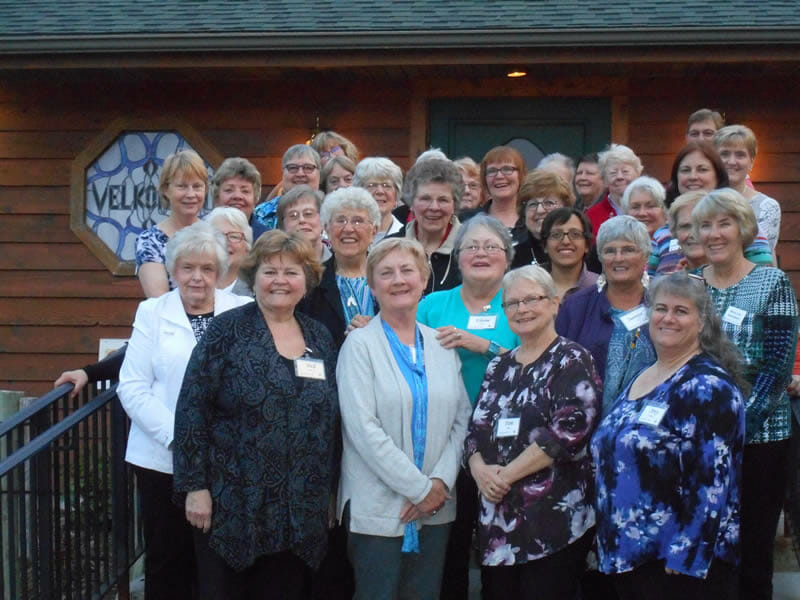 Committee had a fabulous yearlong calendar of activities planned for our 100th year.  As the pandemic progressed, those plans kept being postponed or cancelled.  Shirley Klopotek, 100th Anniversary Chair, and her Co-Chair, Sue Clausen, have not given up.  Shirley spearheaded a full page honoring AWC being published this coming week in the Amery Free Press. Julie Riemenschneider wrote a Proclamation claiming February 7, 2021 as Amery Woman’s Club Day in Amery, signed by Mayor, Paul Isakson.

We still want to find a way and time to celebrate together, hopefully late summer, early fall.  Until then, let us forget not, to be kind and remember Random Acts of Kindness Day is Feb. 17! 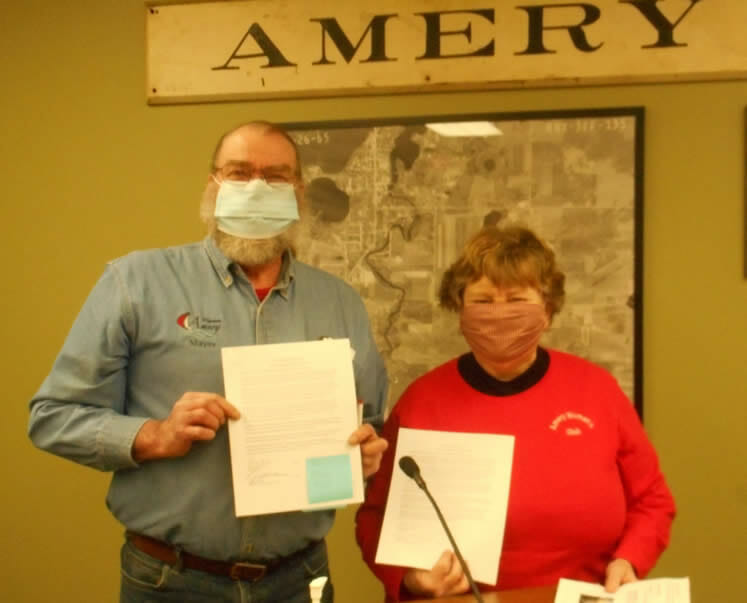 WHEREAS, the Amery Woman’s Club joined the General Federation of Women’s Clubs (GFWC), a 130-year organization made up of women from all walks of life who have a common goal of making the world a better place by enhancing the lives of others through volunteer service,

WHEREAS, the Amery Woman’s Club as part of the GFWC has played a role in many national efforts including powerful advocacy for child labor laws, promotion of nationwide outreach that led to passage of the Pure Food and Drug Act, helped in creating the National Park Service, credited with establishing 75% of US public libraries, and completed work that led to the passage of both Violence Against Women Act and the Lily Ledbetter Fair Pay Act,

WHEREAS, throughout the past 100 years, hundreds of women have given their time, talent and resources to improve the lives of others through American Red Cross Blood Drives, the annual Amery Arts and Crafts Fair which funds our scholarship programs, semi-annual cookie sales which fund programs for the Amery Public Library, the Dr. Seuss read a thon which enhances learning for primary school students,

WHEREA, the Amery Woman’s Club was instrumental in starting the recycling program for the City of Amery in the 1970s and continues to promote recycling and Earth Day through programs they developed and participated in at Amery and Clear Lake Schools,

WHEREAS, it would be a tremendous honor for the Amery Woman’s Club to be able to mark its 100th Anniversary with recognition from the Mayor of the City of Amery, therefore be it

RESOLVED, that the Amery Woman’s Club requests your support and recognition of this milestone anniversary with a proclamation and declaration that February 7, 2021 will be known to all as Amery Woman’s Club Day, here in Amery, Wisconsin.